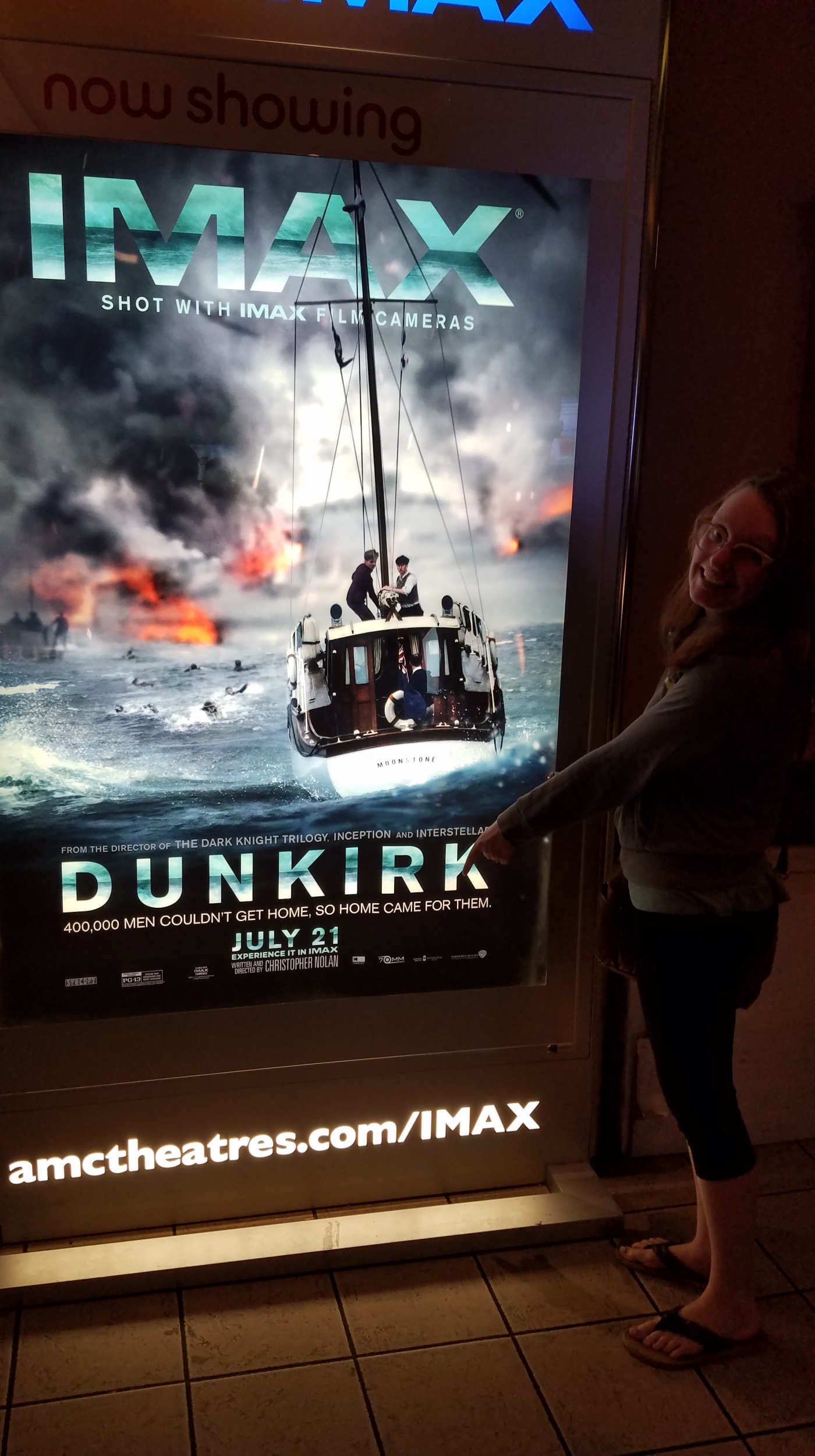 Recently my husband and I met up with some friends to go see the newest Christopher Nolan film Dunkirk and it was AMAZING.

The film, which captures the events that lead to the evacuation of nearly 300,000 French and English troops from Dunkirk Beach during the early summer of 1940. Filmed with IMAX cameras, we decided to see the movie in IMAX, and we were not disappointed. The movie relies heavily on the power of sound to tell the story, with minimal dialogue between characters, the film carefully crafted the sounds of battle to build suspense and keep you on the edge of your seat. The story itself is one of heartbreak and hope, with the Germans closing in, the troops were pushed to the beach and placed in a position where they were essentially sitting ducks. The movie follows the evacuation efforts put forth by both the military and the civilian boats requisitioned by the navy and showed just how desperate the rescue mission became as the Germans kept hammering the allied troops from both the air, sea, and sky.
The film harrowingly illustrates the desperation felt by soldiers on the beach in such a way that we were awestruck by the time the credits rolled. The film left us with so many questions of ethics and survival, and definitely would be one I’d see again.

If you’re looking for one movie to see this summer, Dunkirk has to be the one to see.

2 thoughts on “Dunkirk: A Review”