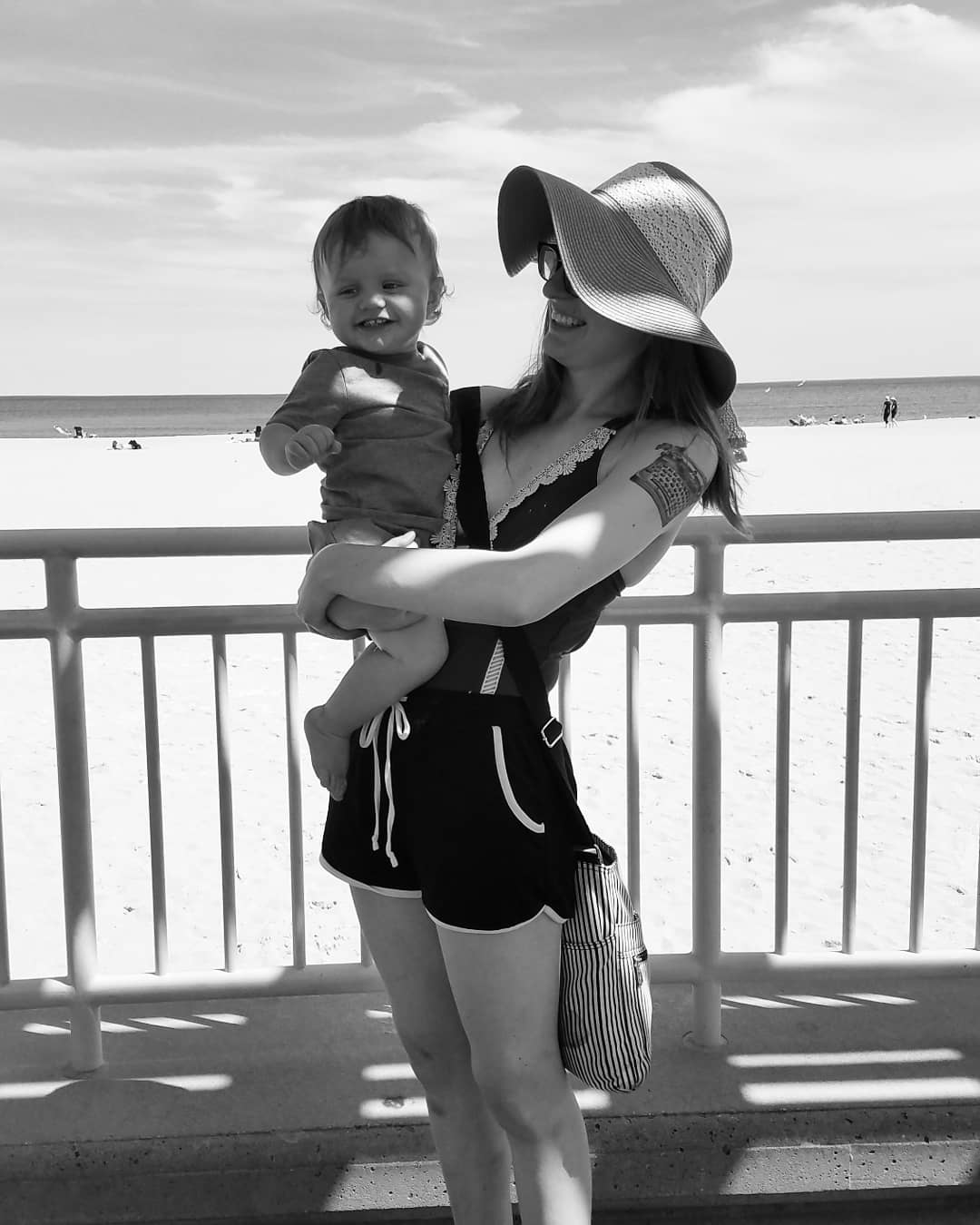 This last Saturday we took the plunge. My little family and my Sisters little family teamed up to take the twin cousins to the beach! We set our sights on Hampton Beach up in Hampton, New Hampshire and we were ready for the adventure! Both babies being just shy of a year, we weren’t quite sure how a beach day would pan out, but luckily we were prepared and ended up having a fantastic day!

The first leg of our journey began with the carpool up to the ocean, which corresponded with morning nap time perfectly! We placed the two car seats in the second row of the mini van, each baby having their own pilot seat, however we didn’t realize how problematic crawling out from the third row would be with two rear facing car seats. Once everyone was in and we got gas, the trip up was uneventful and we landed a prime beach parking spot since it was the first weekend in May and we got their relatively early. Then it was time for unpacking the van…

We may have over packed, but as most first time parents I’m sure that’s a normal occurrence! We had my backpack, Ezra’s bag, Bailey’s bag, Bailey’s parents bag, a sun tent, a beach blanket, and Ezra’s hamburger chair umbrella combo. Realistically we probably could’ve combined some bags but if you’re not lugging your entire home to the ocean with you is it really a beach trip? Pro tip: Figure out how your stroller does in sand before loading up and hitting the beach… luckily we had four able bodied adults to help push, pull, and carry the thing along, but man oh man was the sand a monkey wrench in our mobility.

Between four adults and the double stroller we managed to (eventually) reach the beach, and realized the sun tent was not going up with the wind. On a side note I had lost two of the four spikes to the tent the night prior when a windy rain storm rolled through our backyard… so clearly the tent was not made for wind. Once we hit the beach though we were sure to put on the baby sun hats and sunscreen, both babies were unimpressed with the sunscreen process, but luckily the babyganics I used made it easy as it wasn’t super greasy and was mineral based, so I felt pretty good about putting it on the little ones.

The babies had mixed reactions to the sand, Ezra was all about it and even decided it was a tasty snack… Bailey on the other hand was not a fan of the sand. The water was chilly at best so we didn’t let the babies play in it, Ezra spent a good amount of time digging in the wet sand though and was very sad when we wouldn’t let him crawl right into the water.

We realized that the sand and waves wouldn’t entertain the babies forever, and that the “lunch” I had packed was really only going to hold Ezra over for a little bit, so we took off on the boardwalk in the search of a change of scenery and some solid beach eats. We visited the arcade and had some good old fashioned skee ball and air hockey fun while the babies happily munched on their goldfish. We continued our trip down the boardwalk and eventually settled in for some chicken fingers and French fries before heading back to our beach site to clean up and head home. 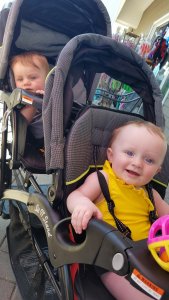 Our trip lasted about four hours, and barring a few minor meltdowns, the babies were fantastic and had a great time taking in the experience! We managed to only have one diaper debacle when Dylan took Ezra out of the car and realized Ezra was peeing through his swim diaper onto my poor husband, but that aside everything went so smooth! The trip definitely built up our confidence as new parents and we look forward to taking on more adventures as the summer months progress!

One thought on “New England Mama Hits the Beach!”