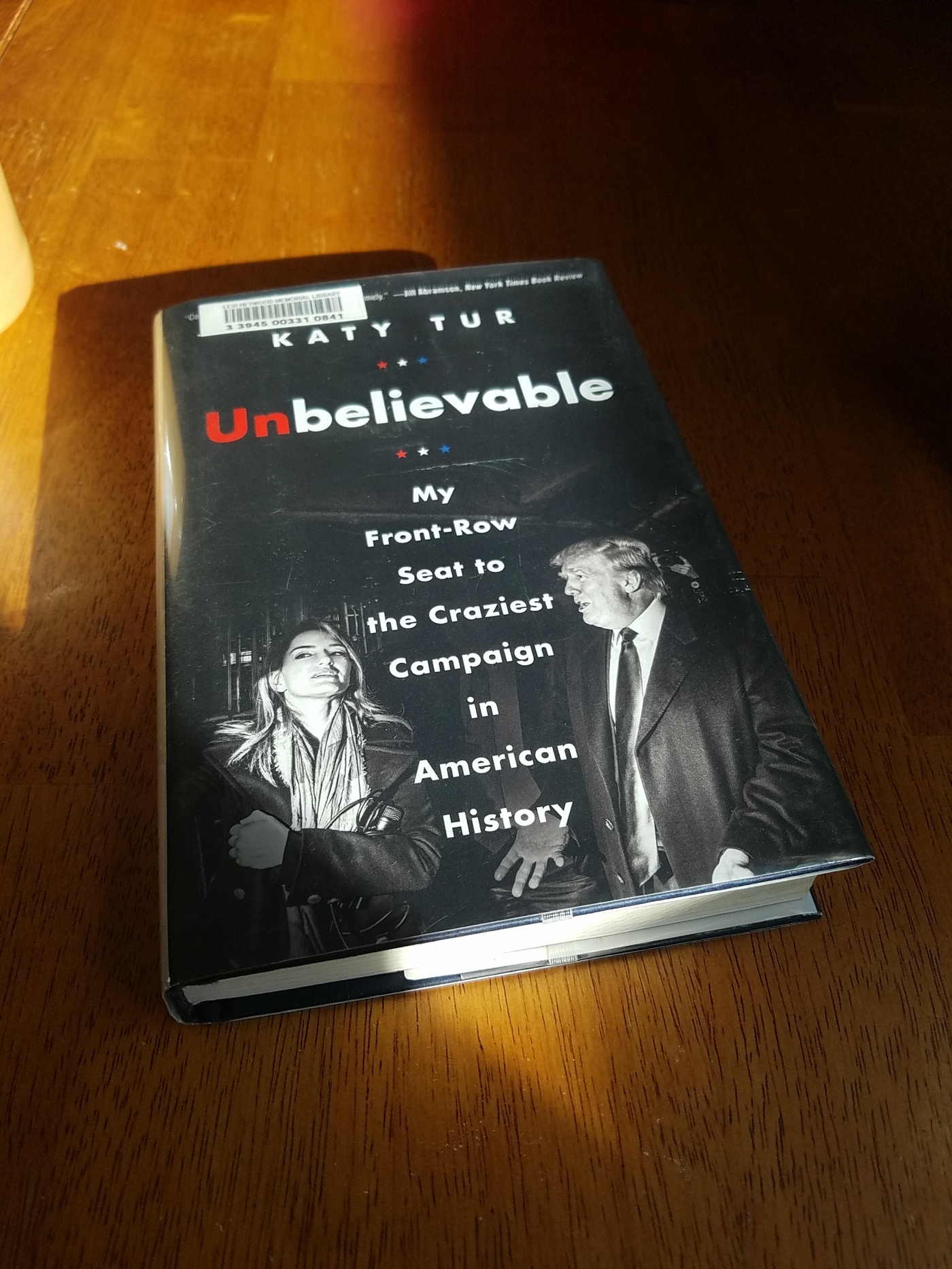 Recently we’ve been going to the library not only for kids books, but as adults my husband and I have tried to get back into reading to set a good example for little man. I’ve read some great books, but when I picked up Katy Tur’s Unbelievable I was floored in the best way possible!

The book follows Katy’s experiences as an NBC reporter on the Trump campaign trail starting from the very beginning of his announcement of running for president all the way up to the end when he was named 45th president of the United States. Tur’s viewpoint is one that’s up close and personal, being both a female and member of the press she was put to the test when it came to personal courage and integrity, and I really was amazed at how much self control she was able to have at any given moment as she was put through the wringer not only by the public, but also Trump himself.

The book also acted as a road map in understanding the minds of voters in the historical 2016 election, with every bomb that was dropped through out the campaign trail, Katy’s book takes a good look at the voters, their reactions, and just exactly how we got to where we are now.

I loved the candid nature of her narrative, making it feel like reading the story of a good friend rather than an actual account of all the chaos that was (and continues to be) the Trump campaign and administration.

Most importantly the book brought back everything “crazy” that happened just during the campaign, that somehow seems to get lost with the even crazier events of the current administration. It answered questions but opened up so many more in my quest for understanding the 2016 election and the current state of the country.

Riveting, hilarious, and fantastically written, Katy Tur’s Unbelievable was a book picked up by chance but definitely one that I will remember and continue to reccomend everyone read if they want a little more insight on the how and why of President Trump, his rise to political power, and the voters behind him.