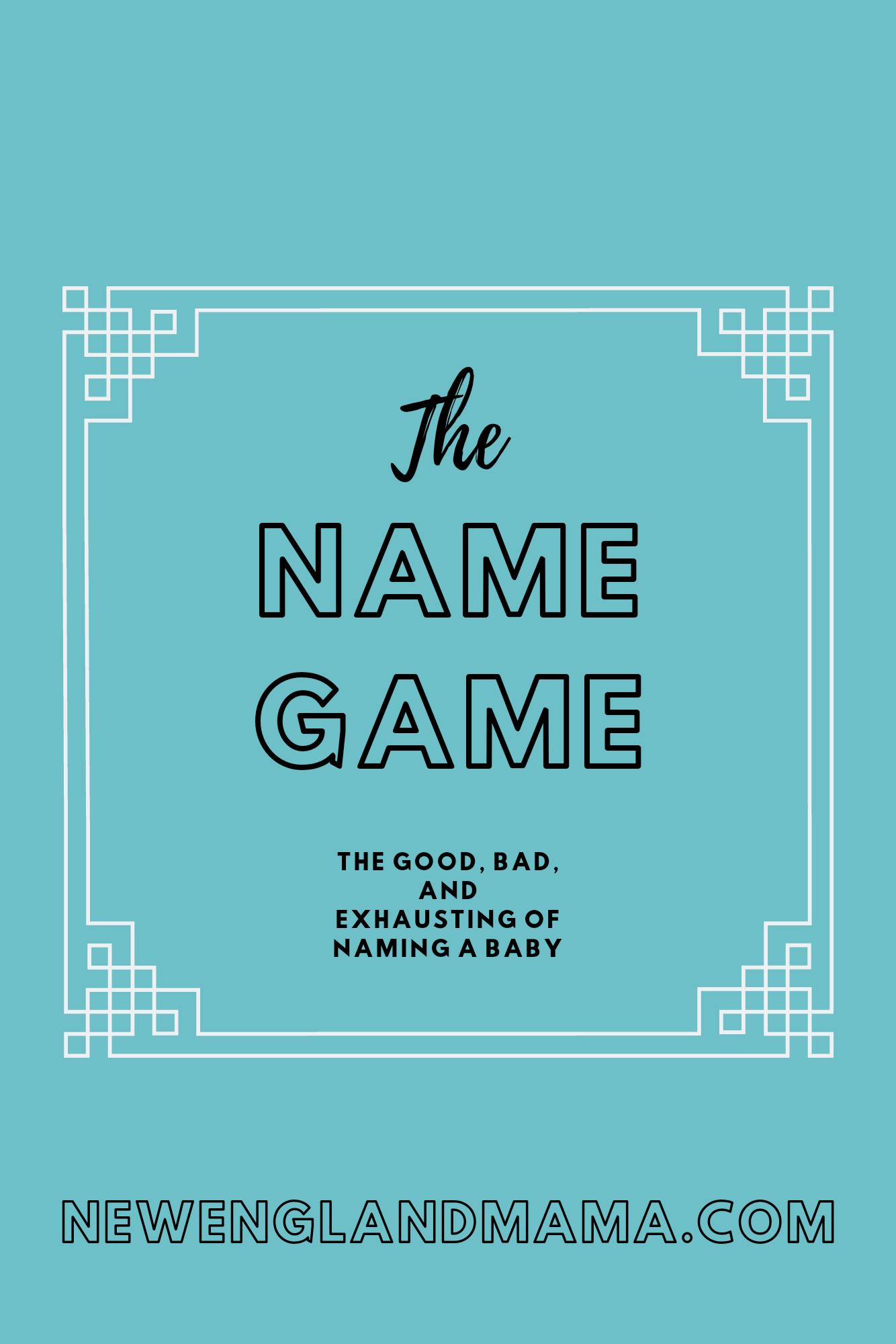 Yesterday we had a baby appointment and ultrasound to finish up the anatomy scan from last month because some tiny womb nugget didn’t want to cooperate. It wen’t great, Little Dude #2 is still happy as a clam in there measuring right on track, and although he’s breech now, the amount of movement I’m constantly feeling tells me he’ll probably flip over in time to make his debut into the world head first like a normal baby. Catching up on month six of pregnancy aside, this post is more dedicated to the good, bad, and overall exhausting process of figuring out a name for the womb nugget.

Your mom, my mom, Sally down the streets dog sitters best friends mom, everyone in the world has an opinion on names, and this time around we aren’t naive enough to think that sharing the naming process with the world will be an easy task. We keep are cards close and only divulge the things we aren’t going to name the baby, just to deter constant comments and suggestions. It’s hard to not want to have everyone share in the excitement, but in today’s day and age of constant contact and communication through technology, it’s impossible to make everyone happy so it’s just not worth trying.

Suggestions are Great (When Asked For)

Every parent has been there and I’m sure we’re not alone, but unsolicited naming advice is cool for the first name or two, but twenty five names in and I’m ready to find a window to exit out of. As an expecting parent, there are so many things people tell you about what to expect, the last thing I want is seventeen different variations of some weird name crammed down my throat because I’m too polite to tell you I don’t like it. Don’t get me wrong, when I ask for suggestions, I’m amazed at how many cool names are out there that I’ve never considered, but when it turns into a game of categories, I’m all set.

The World Still Turns Regardless of What Name You Pick

At the end of the day the biggest take away from naming a baby is that the world isn’t going to shatter because you chose a name as a couple without outside input. Everyone is still going to adore your new bundle of joy regardless if the name was their top pick, so try not to sweat the name game too much, they’ll eventually get over it. It may seem like a huge deal naming a baby, but once the nine months is over, you’ll make a decision and realize you love it and didn’t need to stress so hard about the name.

Naming a baby is something that should be fun and exciting for parents, and can be left to as many or as few people as you decide. There is a whole universe of names out there to choose from, but don’t think you need to please everyone with you decision, and don’t be afraid to laugh off any criticism or snarky remarks because at the end of the day, you’re the one carrying that baby not your hair dresser, so don’t let other peoples opinions get you in a funk!

We’ve decided on a name, but we’re not telling anyone until this baby is happy and safely outside of my uterus, because there are so many years of having to call him by his name we don’t want to spoil the fun before he’s even here.