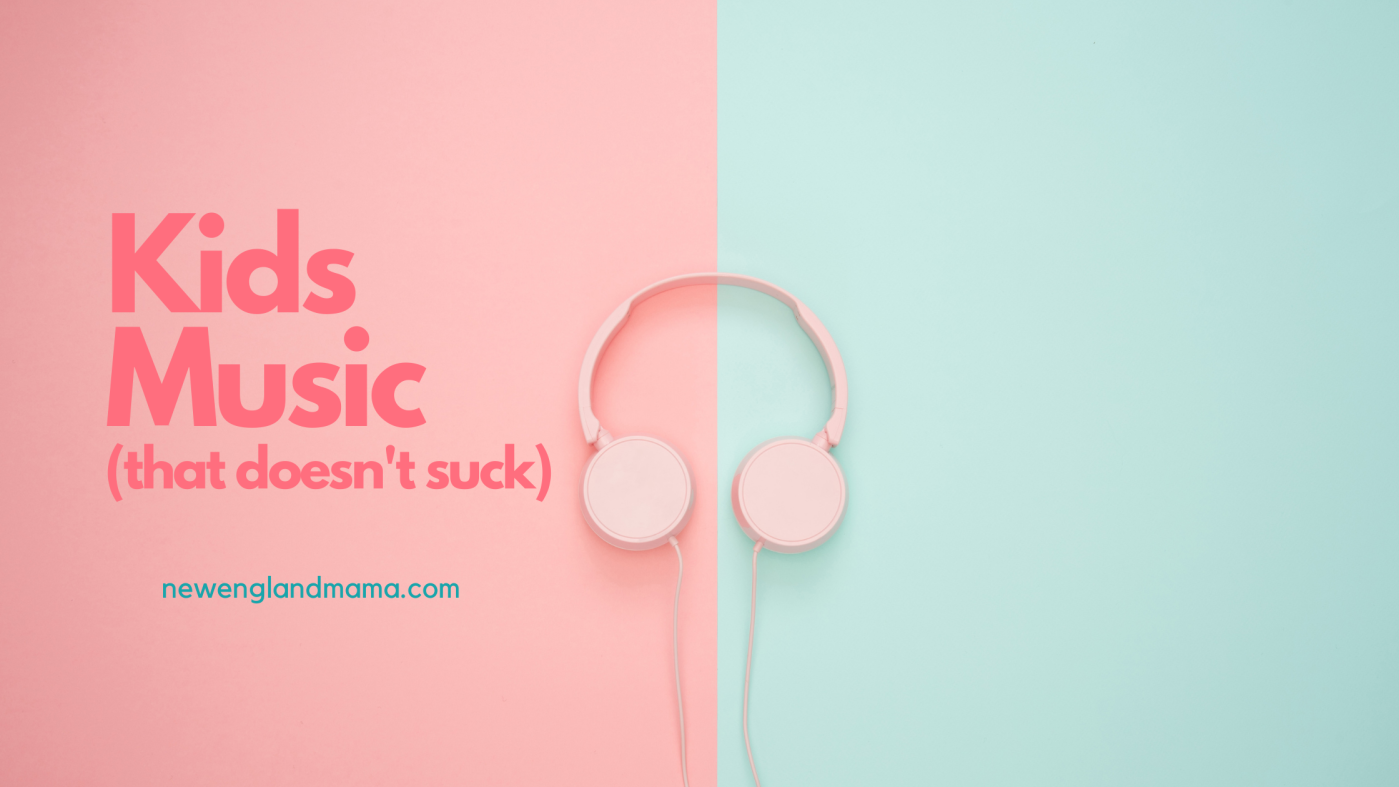 When it comes to listening to kids music, you don’t have to suffer through the same old nursery rhymes.

As both a mom of two music loving boys, and a childcare provider in varying degrees of the word, music has become my life blood in cutting down screen time and making the day fun and exciting. When I had my own classroom we almost always had the aux cord plugged in and Spotify bumping everything from nursery rhymes to smooth jazz. With kids music it can become a bit monotonous and repetitive, I mean I can still hear Baby Shark ringing out in the back of my brain at any given time of day. So for your listening pleasure (and sanity) I’ve complied a list of kids music that doesn’t entirely suck!

I use Spotify for my music streaming service of choice, it’s inexpensive, everything I ever want to listen to is available at my fingertips, and the ability to download playlists on the go is amazing! I also can create my own playlists, or choose from a large selection of pre-made playlists, as well as listen to albums or entire discography’s if I want. You can get a a free months trial of Spotify premium here!

I love Spotify playlists because they’re super simple, you can download them for offline listening and no matter where you are, you always have music ready to roll! Here are five awesome playlists and artists that I don’t mind listening to for eight to nine hours a day, and that are kiddo tested and approved!

There are a ton of songs from adult musicians for adults that kids love as well! I’ve compiled a list of twenty songs down below that you won’t mind jamming to in the car, and your kids will love! To make your life easier I’ve compiled them all onto a Spotify playlist and will update and add more as I find them! For now, here’s my top twenty list of grown up songs for little listeners.

Kids music doesn’t have to be constant cocomelon, feel free to branch out and let your kids enjoy what you love listening to! Nothing is more adorable than hearing my almost four year old belt along to some of our favorite songs, music has the power to not only make your day more awesome, but also has some pretty cool benefits for your kiddos as well. According to an article published in 2016 by Carengie Hall, music has a pretty big impact on not only the communication and language capacity of a child, but their social and emotional development as well. I don’t know about you but listening to my Big Dude sing “It’s okay to be sad sometimes” when he’s feeling sad rather than struggling to handle his big emotions is probably the coolest thing ever.

Children are able to not only grow cognitively with exposure to music from an early age, but also have shown improvement on the gross motor front as well. A journal posted by the U.S. National Library of Medicine goes into depth about the benefits of music in regard to development, as well as how music can help bridge the gap in developmental stages of children in the same age group but not on the same level of development. The journal was full of qualitative and quantitative data to support just how important music is to children, and with science backing what I’ve seen first hand, it affirms the reason to keep the music going at home and in the classroom.

Music is so important in our household, and knowing it benefits the kiddos development is the reason behind this post, to let everyone else know that letting your kid jam out is actually helping them in the long run. So turn up the tunes, have a dance party, and let the good times roll!